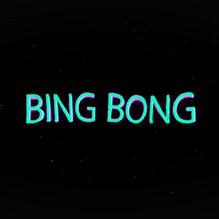 Before becoming a DJ/producer, the Los Angeles native was a Jazz Music Major in college where he developed his ears and composing abilities.
Aside from his Hollywood club residencies, CJ is also the resident DJ for the Maxim Halloween & Hot 100 parties. He’s also performed alongside a diverse range of artists from Chris Brown to Nas.

With extensive experience as both a DJ and producer, CJ has developed a reputation for making beautiful girls dance, bottle poppers happy and music fans engaged.